Condom is a kind of sexual health care products that prevent pregnancy in a non drug form.

It is mainly used to prevent the union of human sperm and eggs during sexual intercourse, prevent pregnancy and also reduce the risk of sexually transmitted diseases such as gonorrhea and HIV, and is usually made from natural rubber or polyurethane.

Our existing condoms are all made of 100% natural latex, which stretches well and is not easily broken.

Condom now have six kinds of styles, were dotted, ribbed, dotted and ribbed, spike, ultrathin condoms and 3 in 1. Each kind of condom can bring you different enjoyment!

The ultra-thin condom is only 0.3mm, which makes you experience the most real feeling.

Otted, ribbed, dotted and ribbed, spike and 3 in 1 condoms are improved on the basis of ultra-thin condoms, which can let you enjoy more fun. 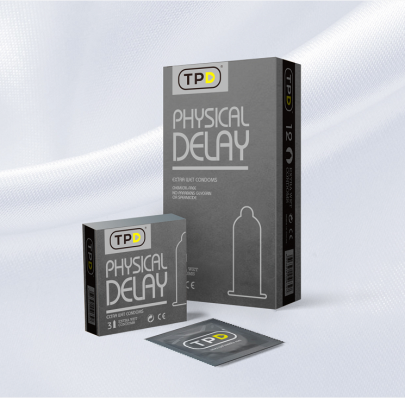 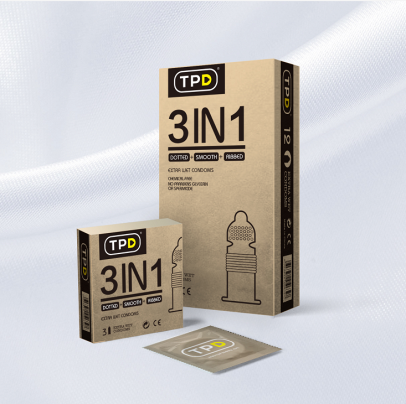 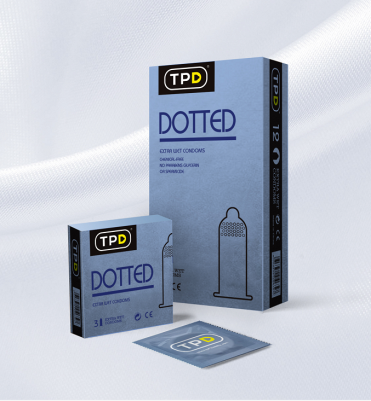 The correct use of condoms can effectively reduce the probability of pregnancy, so the method of using condoms is also important. The following are instructions for condom use:

2. The condom should be worn before the penis has any contact with the other person's body to prevent sexually transmitted diseases and pregnancy.

3. Gently squeeze out the air from the seminal vesicle at the front of the condom with the index finger and thumb, and tightly put the condom on the penis  until the root .

4. During sexual intercourse, make sure that the condom fits tightly on the penis. If it is found to fall off, replace it with another condom immediately.

5. After ejaculation, the condom should be firmly pressed down from the penis root and the penis should be withdrawn as soon as possible.

6. Remove the condom from the penis, wrap the used condom in paper and put it in the garbage can.

7. In case of condom rupture during use, please take timely remedial measures, such as vaginal flushing, and consult the doctor.

8. Silicone oil or water-soluble lubricant (including hyaluronic acid) has been added to the condoms of our factory. If you want to use another lubricant, you need to use the correct type of lubricant recommended. It should avoid using petroleum based lubricants, such as Vaseline, baby oil, bath fluid, massage oil, butter, margarine, etc., because they will damage the integrity of the condom.

9. If the condom is fragrant, the flavor added is food grade, non-toxic and non allergenic.

10. If spermicide or other drugs need to be added or used together with other medical devices, please consult your doctor or pharmacist.

11. Condoms are disposable. It is not allowed to reuse with sexual partners or different users, otherwise cross infection or contraceptive failure may occur.